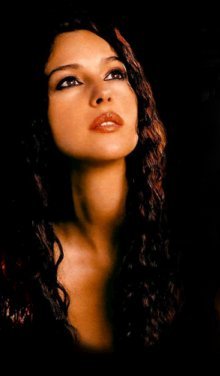 Appearance: 4
Charisma: 5
Intimidation: 5 (her controlled and inscrutable 'royal' demeanor can be unsettling to people who aren't accustomed to that social norm. It also makes her outbursts frightening by comparison.)


The often calm and calculating Pasqua Hawthorne is a dangerous foe to those foolish enough to become such. Only those who know her very well can accurately gauge her moods, but no one ever claims to know what she is thinking. Her most outstanding feature, maybe after her height, is how she handles herself. She moves with mindful grace and self-assured air of authority that is typical of Royalty, always moving at her own pace, with the expectation of command of those around her.

Other than being the eldest child of Hope Hawthorne, few personal details can be found on this mysterious woman. Professionally she runs a media conglomerate, a multi-national real estate company and is involved in the fashion modeling industry.

Personally, it's known she is a collector of fine automobiles, rare books, ancient artifacts, and powerful weaponry. She has a passion for exquisite jewelry, with an obvious favor towards gold and blue sapphires. She is quite generous, though her detractors say her wealth changes her perception of where 'generous' begins.

She has been the drummer on a few albums of her top talent, and was once a semi-common feature at the street races, though that peaked during her fling with local adrenaline junkie, Trinten, and has since dropped off. Beyond that her dating life by large is social hob-knobbing with the elite of the fashion and jewelry industry, with rumors that she's had a relationship with Annette sometime in the past. She manages to avoid paparazzi, and again her detractors say it's done more by paying them far more to leave her alone than they could ever make selling pictures to the papers.
Top
Post Reply
1 post • Page 1 of 1